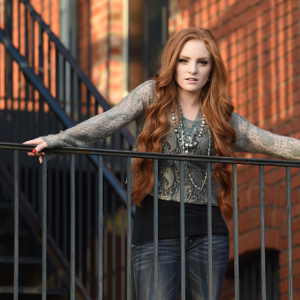 Daisy Mallory is an artist/songwriter based in Nashville, TN. She is originally from Cave Creek, Arizona where she began playing guitar and writing songs at the age of nine. In December of 2013, Daisy was selected by award-winning country music duo Thompson Square as a “Voice Worth Hearing” for their new multi-media campaign with Luden’s®, the soothing throat drop. In 2010, Daisy had the honor of singing with Reba, Kris Kristofferson, Jessi Colter and many more for Muhammad Ali himself at his yearly fundraising event, Celebrity Fight Night. She has opened for acts such as Brad Paisley, Lee Ann Womack, Lee Brice, and Thompson Square. She just released her latest EP “This Side of Town” in July.