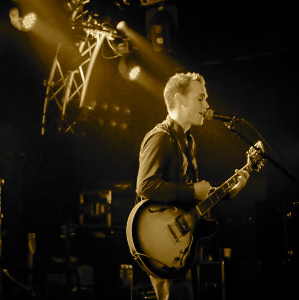 Drew Mowell sings lead vocals and plays rhythm guitar with The Decadence, a rock band obsessed with pop songs and influenced by a wide array of artists, from Tom Petty to Ryan Adams. The Decadence search for that ultimate musical and lyrical hook that will stick in your head long after the music is over. The band and Drew Mowell, a Richmond, Indiana native, just finished recording their debut record, So Long Stella, with engineer/producer Brian Kunitz (engineer for Kyle Cook of Matchbox 20) in March 2013.