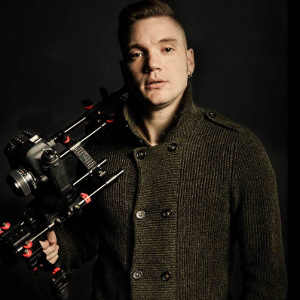 In 2004, Dustin moved to Nashville at the advice of producer, Dann Huff;

“He had gotten ahold of one of my first solo project’s and called me personally; impressed that not only had I produced and engineered the entire project myself, but that I also played every instrument and performed all of the vocal parts as well.”

Accompanying Dann to sessions with Faith Hill, Leann Rimes, Trace Adkins, Wynona Judd, Kenny Rodgers, and many more, he began to observe and learn how the recording process works from the ground up. Although he had a passion for recording music, Dustin began his musical journey as a musician, teaching himself several instruments. Once in Nashville, his love of playing led him to pursue life on the road. He began playing in several different bands alongside players from major acts such as: One Republic, The Fray, Rebecca Saint James, Tonic, and many more.

After spending a few years as a player, he turned his attention to the studio once more and headed back to school to complete his degree in audio engineering. When he wasn’t in class, he further honed his skills by working at “Last Dollar Studio”, owned by Big Kenny Alfin from “Big and Rich”; or completing a highly-coveted internship at the world renowned Blackbird Studio, owned by John and Martina McBride. Finishing at the top of his class, he was immediately offered a position at Anarchy Studios where he worked on records by artists like Kimberly Caldwell (American Idol – Capitol Records), Adalitas Way (Virgin Records), Wes Carr (Australian Idol winner – Sony Music), and many others. He also has credits with artists like Aria Summer (Mandy on Nickelodeon’s “iCarly”),
Krissy Nordhoff (Dove Award winner, 3 time Nominee), Jonathan Lee (Dove Award Nominee), and many more.

Dustin is available to Produce Records, Albums and Demos. Dustin is also for hire as a Mix and Mastering engineer.

Dustin is also available for hire as photographer and videographer.