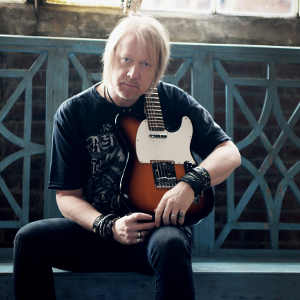 Arriving in Nashville in 1987, Ron fast became one of Music Row’s most recognizable and sought-after voices. His distinctive vocal style and ability to interpret and sell a song for many of Nashville’s top songwriters has earned him a spot on the “A” List of Nashville session singers. In those days, it was studio by day and live gigs at night, including a touring gig playing guitar and singing back up for a new artist by the name of Tim McGraw. Ron appears in Tim’s first video “Welcome to the Club”.
Inevitably it seemed, major labels came knocking and he recorded BOUND AND DETERMINED for Sony/Columbia releasing the singles “I’m Listening Now” and “Left Hand of God” in 1995; as well as a country dance mix to “Cotton County Queen” which was nominated for Country Line Dance of the Year.

Ron’s years of experience as a session singer and recording artist combined with his sheer talent and professionalism has made him a favorite not only of fans and songwriters, but of producers and engineers alike. It is Ron’s signature voice that was heard first on many of the hits you hear on the radio, having sung the pitch demos for songs like “If You’re Going Through Hell”, “What Kind of Gone”, “Daddy’s Money”, “Be My Baby Tonight”, “3rd Rock From The Sun”, “Wink”, “Time Marches On”, “The Heart Is A Lonely Hunter” and “For A Change” – just to name a few. As a backing vocalist, Ron can be heard on countless recordings by industry heavyweights such as the great Don Williams, Ty Herndon and Faith Hill, including her #1 single “Take Me As I Am”.

When not behind a studio mike, Ron spends his time writing songs and performing live in Nashville. He continues to live the good life in Music City, enjoying his family of three children, three tiny Pomeranians, four large Arabian horses and one average sized fiance.